The Story of Wong Shook Phing

Mr. Wong often quotes a famous saying in the Bible: "A joyful heart is good medicine."
This saying has also become his motto in life, as he believes that only those who cherish their lives and live happily every day can live longer and more comfortably.

At the age of 7, Mr. Wong Shook Phing’s mother grew seriously ill. The doctors in their village in China had relied only on a few medical books as references. The lack of skilled professionals and much needed resources gave young Wong the ambition to become a doctor himself. Years later, he arrived in Hong Kong and began his studies at the Chinese Medicine Institute. After graduating, he opened a Traditional Chinese Medicine medical hall in collaboration with his brother and nephew, and thus started his career as a medical practitioner. Two years later, Wong was forced to flee and return to his village after Hong Kong fell due to the Pacific War. During that time, Guangdong Third Prison appointed Wong as their medical officer. Many industries were facing economic depression while an epidemic of bacillary dysentery spread throughout summer and autumn that year. The incident infected many prisoners, causing a shortage of medicine. Fortunately, Wong had recalled the common-use of amaranthus as a cure for bacillary dysentery. He suggested that the prison officers and prisoners dig the particular plant from a nearby area. Some officials advised Wong not to trust the prisoners since their behaviour could be unpredictable if given work tools that could be used as weapons. Relentlessly, Wong ignored the possibility of a threat as he insisted it was a matter of life and death. As a doctor, he believed that even though his patients had a criminal past, their lives were equally as important as everyone else’s.
After the war ended, it was difficult to earn a living in Hong Kong. Wong was in search of opportunities elsewhere when he stumbled upon a job advertisement for Resident Physician at Tung Shin Hospital in Kuala Lumpur, Malaysia. He answered the advertisement and as part of the recruitment, completed a TCM recruitment test and came in third. However, it was later discovered that there was only one vacancy to be filled.The same job opportunity arose a year later after the resignation of the appointed doctor, thus opening the door for Wong. He sailed to Kuala Lumpur with his wife and children and went on to serve at Tung Shin Hospital.Wong served as Vice-Dean of the Institute (Tung-Shin Hospital) for more than 30 years.He then resigned from Tung Shin Hospital in 1966 and founded Syarikat Ubat Ching Ann Sdn. Bhd. in 1978. To this day, the medical clinic has been going strong. In early 1999, the board of directors of Traditional Chinese Medical Institute Malaysia appointed Mr. Wong, as President of the institute. Mr. Wong Shook Phing accomplished his ambition of being a revered medical practitioner. In his lifetime, he treated patients with respect and compassion, provided free medical care to patients with financial problems, and passed on his medical knowledge to young prospective doctors in hopes that his practices and principles would be passed down through the generations.

In 1984, Mr. Wong felt sudden chest pain while treating patients at the clinic. Apart from a cold sweat and numbness of his left arm, he also had symptoms of asthmatic palpitations. Based on the diagnosis from a doctor of Western medicine, there were two 100% blockages in the coronary arteries of his left atrium and he was diagnosed with myocardial necrosis. His doctor believed that even a cardiac bypass surgery would not improve his quality of life by much. When angina occurred, his doctor had him place a Nitroglycerin tablet underneath his tongue. Three years later, Mr. Wong would often feel restless and dizzy while moving. Once his doctor found out that Mr. Wong’s diagnosis worsened, his doctor suggested that he take a four-year break to recover or to retire altogether due to the risk of premature death.
Mr. Wong said, "If there is a glimpse of hope, I will never give up. If western medicine is not working, I ought to find a way using Chinese medicine."

Never give up - the creation of prescription to self-treat coronary heart disease.

Mr. Wong understood that the Western medical doctor’s method of temporarily enlarging the blood vessel for blood circulation would be a quick solution, but would not be a permanent cure. He started to use a Traditional Chinese Medicine (TCM) method of improving blood circulation and removing stagnation. Based on the principle of "unblock the stagnation" in TCM, Mr. Wong adjusted the potency of the "Xuefu Zhuyu Tang - Modified Decoction for Blood Stasis" (血府逐瘀湯) formula and tested it on himself. He took the decoction twice a day. A year later, the result of the treatment had improved his health slightly. He then slowly decreased the dosage to once every 3 days. Over a period of time, he consumed more than 700 doses of the decoction, and 2000g of Notoginseng (Tian Qi 田七) powder and Korean Ginseng powder. Three months after taking the TCM combination of the decoction and herbs, Mr. Wong's angina symptoms gradually improved. The next year, the symptoms were almost gone and he became fitter than ever. From that time on, he stopped taking Western medicine. He knew the effectiveness of TCM on coronary heart diseases and thus, focused on the research of TCM prescription to improve blood circulation and unblock stagnation.

In Oct of 1992, Mr. Wong attended the International Academic Conference of Chinese Medicine in Cardiology Research that was held in Beijing. He presented the paper entitled “A Report of Self Experimenting using Blood Circulation Improvement Treatments on Coronary Heart Disease” at the conference. After the event, Mr. Wong flew to Ji Nan and took a hike on Mount Tai. He successfully climbed more than 400 rocky steps and reached to the top only slightly fatigued. It was evident the condition of his body was much better than before. Upon hearing of Mr. Wong’s success in curing himself, he was interviewed by many Chinese media outlets, and subsequently thousands of patients sought treatment from him.

In Nov 1996, Mr. Wong attended the 2nd Annual China-Guangzhou International Academic Conference of Chinese Medicine. He presented the paper entitled “Clinical Treatment Report of Chinese Medicine treatment on Coronary Heart Disease”. The report showed cases of 783 coronary heart disease patients and concluded 99% of them had a tremendously positive outcome following the TCM treatment. Some of the patients fully recovered. Mr. Wong not only managed to treat his acute heart disease throughout the self-experimenting treatment but refuted the belief that 'Western medication is the only way to treat coronary heart disease'. This indeed was a mass achievement for the TCM field of Malaysia. Moreover, patients felt safe while taking Traditional Chinese Medicine herbs which presented little to no side effects.

During those four years of fighting against the disease, Mr. Wong immersed himself in painting and became a Traditional Chinese Painting (Guo-Hua 国画) artist. He later also organised a painting exhibition for charity. Mr. Wong still worked every day at the age of 85: seeing patients, giving prescriptions, and driving to work. He felt that his physical strength was as good as 10 years ago. Apart from the need for a hearing aid, he was overall healthy. Mr. Wong dedicated his life to helping his patients and inspired his daughter to step into the TCM field. Unexpectedly, his grandchildren have also stepped into this field, thus passing along the benevolent spirit of a doctor.

Mr. Wong passed away on 23rd June, 2006 at the age of 89. For over 60 years, Mr. Wong treated more than ten thousand patients. As for those who sought coronary heart disease treatment, they were pleased to have regained their health. With his 60 years of clinical experience, Mr. Wong Shook Phing formulated “Huo Xue Bao An Dan" (活血保安丹）and “Huo Xue Bao An Dan Improved Formula” （強效活血保安丹）, a life saviour for coronary heart disease patients. 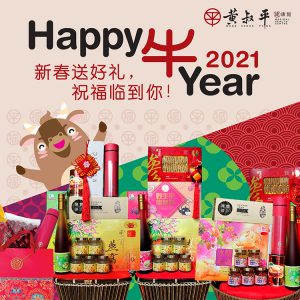 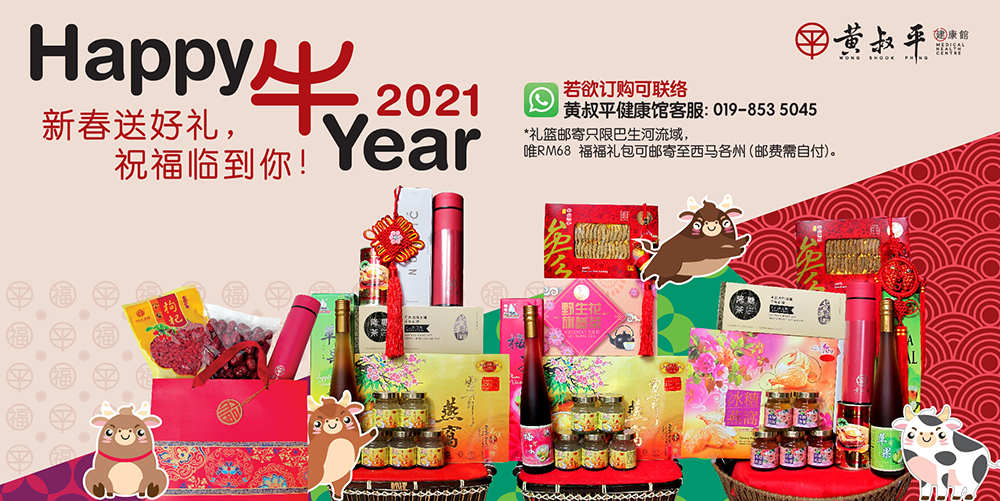